“Many young writers will read this hoping to have the same success you have enjoyed as an author. What advice would you give them in their pursuit?”

Adam looked out the window and stared at the ocean without really seeing it. He relived his years as an aspiring author in the span of a few moments. A smile suddenly cracked his lips followed by the laugh of someone enjoying an inside joke. His looked up again and met the eyes of his interviewer.

“Find an error and fix it.”

Confusion spread over the interviewer’s face, but Adam continued before a follow-up question could be asked.

Adam stood as he spoke and nodded for his guest to follow him. The interviewer grabbed his recorder and trailed behind the famous author like a puppy hoping for a treat. They walked through the living room and into an office with dark wood floors. Shelves built into the walls were filled with thousands of books. A broad desk with a worn baseball and a few other knick-knacks sat in the middle of the room facing a large window overlooking the Pacific. Adam walked around his desk and picked up a picture frame that rested on the far corner. He looked at it with the same smiled he had enjoyed after the question was first asked before turning and handing it man from the New York Times.

The man stared at the picture. He was surprised by its simplicity. The black frame held a picture of five books sitting on a shelf. None of them were special as far as he could tell.

“How did this picture help you?” he asked as he looked up.

“I took that before I wrote my first novel. I remember walking through Barnes & Nobel one day and thinking, ‘Someday my words will be in this place.’ In that moment something changed in me. I believed it. This made me want to see it so I set off to find exactly where my future book would be. When I found the spot, the shelf just seemed… wrong without my book on it. It was like error that no one could see. I had to fix that. It was no longer just a dream; it was something inside me that would no longer be held silent. I committed myself to not quit until the day when no one could take a picture of that same shelf without seeing my name there.” 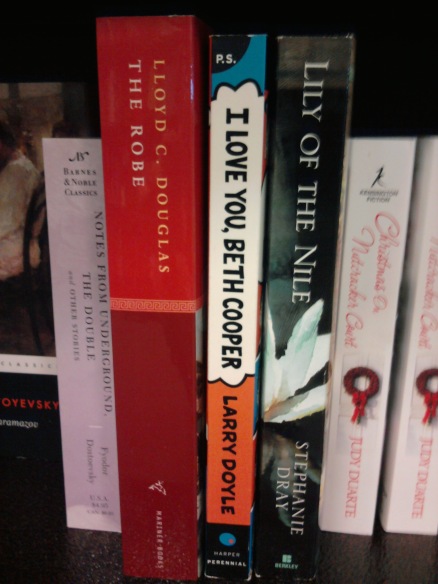 Stories to make you…

1 Story a Week in Your Reader